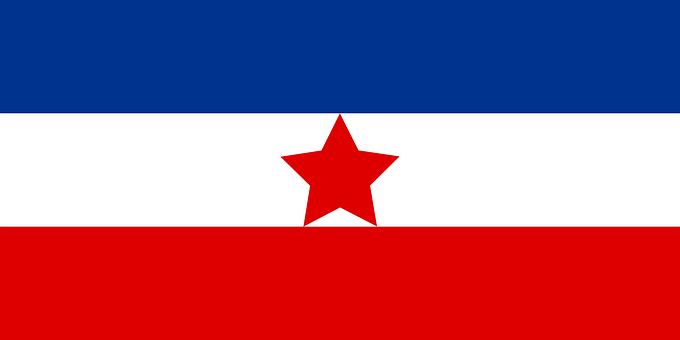 To most folks twentieth century Yugoslavia was a multi-ethnic fantasy that ended tragically in the 1990s in a virulent civil war, mostly concentrated on but not restricted to Bosnia.

Well the answer is simply I wanted to inquire into the circumstances which led to the first major armed conflict in Europe since the end of the Second World War and more specifically the lessons in it for additional multi-ethnic countries like mine. For of one thing we could be certain and that is that the Yugoslav civil war was not one of a kind and wouldn’t be the last at the break-up of multi-ethnic states. What’s significant about Yugoslavia is that the southern Slavs were united for as long as they were, through much of the twentieth century into a single entity, first as a kingdom and subsequently as a republic.

Why then did things develop as they did? Was Tito the central figure who held everything together? These are the obvious questions that strike us on any consideration of the Yugoslav issue. To answer the second question first it would be worthwhile reading the most recent book on the issue by Robert West,’Tito and the Rise and Fall of Yugoslavia.’ I have not as yet but do intend to. However certain obvious things happen to us even before reading that book and that is that Yugoslavia existed though in a different form even before Tito’s coming on the scene. Secondly Tito did not preside over a typical communist state under the stewardship of the L.Y.C. For example private enterprise and tourism were permitted to flourish at a time when they were heresy to the Communist world. Tito might be considered a mild dictator in that respect. He did enable a nation with small resources to punch above its weight in global affairs. However he also showed Yugoslavia managed to diversify its options when Cominform turned its back on the nation. The remarkable part of this independence was that it didn’t lead to a Soviet invasion as occurred in Czechoslovakia or Hungary. This must be attributed entirely to Tito’s leadership.

Yugoslavia and the Soviet Collapse

Many are tempted to look at the Yugoslav civil war from the prism of the Soviet collapse but in my opinion there are limitations to such a perspective. For example Yugoslavia was not a typical communist state as mentioned earlier. However the de-legitimization of the L.Y.C. ideology, of what was a one-party state proved deadly. Undoubtedly the hand of Tito would have been a steadying factor in steering the nation through a tricky period but this was not to be. A favorite Western premise is that the growth of ethnic nationalists such as Milosevich contributed to the civil war. However this ignores the fact that cultural loyalties were always paramount in Yugoslavia and had caused Tito to warn of a possible collapse of the federation based on Fred Singleton. Similarly the cleavage between Roman Catholicism of Croatia and Eastern Orthodoxy of Serbia proved too combustible since it reflected fundamentally different cultural traditions.

Conclusions for the future

Yugoslavia undoubtedly started out well but the failure to develop institutions and foster democratization ultimately proved fatal. Economic liberalization alone was not enough. Likewise geography also proved aggressive as the mountainous terrain of the country impeded the development of national infrastructure that might have welded the nation into a cohesive entity. As far as Fred Singleton’s comprehensive work on the topic is concerned that the book’s biggest lacunae is of course that it came out too soon, before the twentieth century was truly over. One wishes he had waited for the 1990s to finish and introduced a chapter on the civil war.

From a modern perspective that the chapters on nationalism and geography are of topical interest. While the ex-Yugoslavs might not contemplate a revival of their dead nation they’d do well to facilitate cooperation among themselves through multilateral frameworks for the sum is always greater than the parts and this is nowhere more evident than in the Balkans now