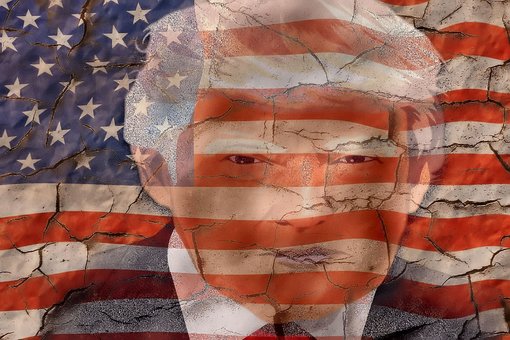 The issue is that 90% of the stuff is absolute garbage (or satire) from either side.

Hillary’s ethics issues are entirely different, from Mr. Trump’s, but they’re on their own merit profoundly repugnant to many of us exactly the same. While Hillary’s skeletons have until lately been under lock and key behind closed doors, Trump has performed each and every one of his private melodramatic gaffes & predatory business dealings in the glistening light of the public eye.

This doesn’t paint the idyllic scene we hoped for, but it’s the consequence of our own decisions because if we would like to acknowledge it or notas a people we do ultimately control how it finishes.

If you did not desire Trump or Hillary, the time for deciding that was during the primaries, so there is really no one to blame but ourselves for this lose-lose choice we have this season.

What exactly do we do for this selection? I can’t believe it’s come to this, however: dismiss ethics… That’s correct. There’s not much to be had on both sides, so if your most important quality in a leader is ethics, then you never made it out of the gate this season.

Who gives you the Supreme court options you desire?
The list continues on and on, but the point is that this season, character was thrown aside. We’re truly left with just one defining question: What will they do for or into the nation if they win?

Lots of you despise both of these and are foaming at the mouth to point out their every defect on each side, but it is pointless. To some degree which could be cathartic, but all of us have an A vs. B option to make this year if you don’t decide on another option and efficiently remove yourself from the process & permit the rest of us to select for you… Heck, as much as half of the nation sits out almost every election and does not even bother to register, so what is a couple million more watching from the sideline snuggling with their preferred lost cause?

The choice is fairly clear once you examine the policies each candidate boosts. Regardless of which side you stand behind, this season ethics won’t be a factor because both of them are critically flawed people and make all people pray to God that the choice we make will not go horribly wrong for us all in the end.

No matter what; one thing is almost always certain: You are not going to change my mind and I am unable to change yours , but let us at least be adult about it and keep the conversation civil. Stop throwing insults at each other simply because we select one”Bad Choice” over the other. Let us not be like our existing candidates; let us be civil with one another and respect each other’s choices in how we each exercise our collective right to vote our own conscience.

You may think I am an idiot and that I may think some people are confused & betrayed, but our choice of politics does not make us bad or good, it only makes us Americans; doing the best we can with what we have.

I have seen family members disown each other over political views and that is pure foolishness. After the dust settles, we’re all in this together and good or bad; we shall all end up paying the same price for our collective decision in the long run, whatever that might be.

You may ultimately do one of 3 things: hold your nose and chose A or B, or run out of the conclusion and sit out and watch the rest of us choose for you. Do not kid yourself; picking another candidate IS hanging out it.

Just remember: Every time we make a choice, the people of the nation have a chance and the hope all of us share is that by coming together as a country to exercise that right, we could also help make this country better and stronger for all people, and our kids also.

God bless the Republicans; each one. .